Contact us: For more information about this land in Boca de Yuma Click the WhatsApp button at the bottom of this page …

What you should know about Boca de Yuma::

Boca de Yuma is a town in the La Altagracia province, on the eastern side of La Hispaniola (Dominican Republic). The name Boca de Yuma comes from the Taino language and used to be how the aborigines referred to this region. The meaning of the name referred to its location and translated as the southern bank of the mouth of the Yuma River.

The coasts of Boca de Yuma are bathed by the Caribbean Sea and it is a unique place that cannot be found anywhere else in the world. The nature and climate of this land are pleasant for life, offering peace and tranquility for its inhabitants. The area is located a few miles away from the East National Park, one of the largest in the country, it is a trapezoidal peninsula measuring 151 square miles.

Tourism is the main economic activity of Yuma’s Boca Bay. This is an ideal place for fishing and boat trips or to just relax at the beach.

To offer an idea of how the beginnings of the town were, the first families established in the area came from different regions of the country. The first person to inhabit was Pedro Sifuentes from Portugal. In 1880 the first fishermen arrived, including John Bernardo, Wilson Charles, natives of the island of St. Thomas. They were the first to build houses and have families, later opting to dedicate themselves to transporting wood and creating what today is the town officially known as Boca de Yuma.

This hidden and secluded gem in the Caribbean is short distance from La Altagracia province, and several miles away from Punta Cana. Boca de Yuma is a humble town surrounded by beaches and bathed by the sun. This journey reveals the panoramas and caves where, according to the local legend, the ship of the pirate Cofresí took refuge. He was then taken prisoner and shot in Puerto Rico on May 29, 1826

Other places that can be visited in the area are::

Bernard’s cave, with beautiful stalagmites and stalactites, it is named due to being on the property of John Bernard, one of the founders of the community

The public tap built by the dictator Rafael Leonidas Trujillo to provide water to the entire town.

Punta de la Virgen, or as others call the park, “The Lighthouse” or “Puntica” which has several guns as historical ornaments. Here you can see a beautiful panorama of the bay, a euphoric view of La Playita, Playa Blanca, Cabo San Rafael, Cape Engaño and a beautiful view of the south of town.

You can visit this hidden paradise through La Romana airports (LRM); Santo Domingo (SDQ); and Punta Cana (PUT). You can rent a car, take a taxi or use the public buses. 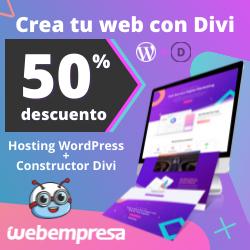 Abrir chat
1
¡Hola! ¿Necesitas ayuda?
Hello! Would you like more information about this Land on the Way to La Bruja, Boca de Yuma?